What’s wrong with this picture?

The culture of coaching classes

A brother and sister come home from school in the afternoon. After a short break at home, they are back to coaching classes. The classes are not close to home, and these children have to travel through the Dhaka traffic to get there. They are not tutored one on one, but are part of a huge group of boys and girls, all in it to glean the best methods to score high in their upcoming final exams. However, coaching classes start earlier for the school children, they are required to go to them at least from class nine, otherwise they may not make the grade, so to speak. Ergo, all parents who have children in public schools will enroll them in a coaching class. The child’s after school time revolves around coaching classes. In a family with working parents, the parental schedule revolves around coaching classes.

As a result of this relentless pressure to make good grades, the children are robbed of a childhood. Just as the poor children who work for a living, sacrificing their childhood at the altar of family needs, so do these relatively well-off kids sacrifice their formative years at the altar of competition and good grades. What are the children who get shunted from coaching class to coaching class missing? They are missing a chance to participate in sporting activities, interact with family and neighbours, meet friends, and, in general, having unstructured time to think, pursue hobbies, read, or maybe even volunteer for some good cause.

These activities are important to the creation of balanced individuals in any society. Therefore, we are creating a generation of youth who are dependent on computers, cell phones, and electronic gadgets for their recreation, and have no time to think and expand their horizons to become well adjusted adults. The little time these youngsters do get from their “studies,” they channel mostly in the path of least resistance, i.e. in gobbling up passive entertainment from the revered sanctuary of television or electronic video games. Not all the images and role models these youth are exposed to in television are desirable or ideal for their impres- sionable minds.

Thanks to satellite television, the Bombay film industry has a riveting appeal for many of these children. They are blown away by the styles of clothing that the stars wear, and aspire to wear the same, not to mention their ideas about the opposite sex that are shaped by these experiences — all in a fictional world little grounded in reality. This exposure, per se, has its own consequences down the road for these children, who often become somewhat disconnected from their family values. There is very little parent child interaction at home, except at mealtimes and perhaps in the car en route to and from coaching classes.

The blame lies squarely with the school educational system that is prevalent in Bangladesh. A culture has been created whereby teachers in the majority of public schools are not required to teach what they ought to in the classrooms, they hold students to ransom by compelling them to attend coaching classes in which many of these same teachers are the coaches — a major conflict of interest if there ever was one! There appears to be no accountability of teachers’ performance, no mechanism in place where they can be evaluated and encouraged to undergo professional development.

Now that the country is undergoing a major “clean up” of sorts to shed the yoke of pervasive corruption, maybe this is a good time to take a fresh look at primary and secondary education in Bangladesh. Not only is there a three-tier system — Bengali medium schools, English medium schools, and Madrassas — their curricula vary widely, leading to the wide disparity in the quality of education delivered. The small percentage of the population who can afford to send their children to English medium schools often do so with the aspiration of sending their offspring abroad for tertiary education after completion of O and A levels.

Although the standards for these examinations have changed over the years; they, nevertheless, still remain quite rigorous in the knowledge base and independent thinking that is required to obtain good grades in exams. The operative phrase here is “independent thinking” — a concept that is sorely lacking in the day to day teaching that goes on in the majority of our schools. The emphasis is on rote learning and regurgitation from memory, without much thought to whether a concept has been grasped and can be applied appropriately.

I can recall meeting a physician from Bangladesh, who was one of the top students in his class, coming to a prestigious hospital in the U.K. for further training, only to be fired from the program shortly thereafter because of incompetence. This did not happen overnight. The root cause of this is the rickety, hollow, educational framework that is the bulwark of primary and secondary education, where love of learning is not instilled at an early age. Learning is, instead, a chore. Things are not made interesting and contextual for children so, by the time they reach higher levels, the excitement of learning is gone. This is combined with the problem of insincere teachers in the field of higher education — in that physician’s case, it was the medical educators who are too busy making money in private practice to discharge their teaching responsibilities honourably.

The problem of substandard education appears to be pervasive in ordinary institutions from primary to tertiary level, but, unfortunately, most of our children have to rely on these “ordinary schools” to receive their education, and then attend coaching classes to achieve the desired examination results. We want Bangladesh to produce stellar students who can compete globally (it is a small world) for further development of this country, like some of its peers in South Asia. This is not going to happen unless something major is done with the school education system.

The system, as it is, fails to produce thinkers. It generates a profusion of high scoring students; all with a GPA of 5.0 (all of whom of course have been to coaching classes) with no discriminatory powers between them. It boosts income of the teachers who run coaching classes, places an inordinate and unhealthy burden on the students, and makes for major stresses on parental resources. The same students who scored perfect GPAs will again need coaching for entrance examinations to institutions of higher learning! Where does it stop? Can the calibre of all students with GPA 5.0 be the same? I can’t imagine it is, but there is no way to tell at present.

Students are not encouraged to be multidimensional in the present educational system, there are no college entrance interviews, or other forms of evaluation which might reflect a candidate’s talents. What this does is create a lot of frustration among students when they are denied admission into an institution of their choice; after all they got a perfect GPA — so why didn’t they get in? The stress from this experience alone is formidable, and definitely unhealthy for the youngsters and their families.

This brings into question the role of coaching classes in helping to create this plethora of high scoring students who are elated with their school final results, only to have their hopes come crashing down in the hard reality of the subsequent process of admission to college. Maybe the question setters should not be setting similar questions year after year, which makes it is easy for students in a coaching class to get hold of the material that is always going to be asked. Instead, the questions should be more thought provoking and less focused on rote learning, which might actually put a brake on the runaway phenomenon of “GPA 5.0.” I can recall actually learning new things from the questions that were asked in the GCE O and A level examinations when I had to do them, and I see similar trends in the higher examination questions of developed countries now.

What is the solution? I can’t pretend to have the answer to this very grave and real problem in our society. However, we can try to look at this in several ways. First, there needs to be a consensus in the Dept. of Education about what is an acceptable curriculum for schools, and what the teachers should be teaching. This curriculum can be a blend of the different types of methods, encouraging higher standards and critical thinking with less emphasis on rote learning. It might be beneficial to actually look at what is being taught elsewhere in the world, particularly in countries where our children might aspire to go to for higher studies, and incorporate some of their curricula in the Bangladeshi system. Teams of educators from Bangladesh could visit countries with this aim in mind. It is a small world, and we should be emulating the laudable aspects of the education systems in foreign countries to make progress and be competitive. Students should be given the opportunity of learning hands-on the relevance of the concepts taught in the classroom, and their minds should be enriched through educational field trips and experiences. Teacher training is of paramount importance, not only for delivery of the curriculum but also for preparing students with test taking strategies; practicing for examinations should be part of the curriculum, without people having to trek through Dhaka’s unforgiving traffic to reach the coaching classes!

A teacher who normally teaches a student in his/her classroom, should be banned from coaching that student privately for remuneration — that is a big conflict of interest. If that teacher helps the student after school, without taking money, that is fine and is to be commended. It goes without saying that to abolish coaching classes teachers need an incentive — that of a higher salary. Parents may not object to higher school fees if they were assured that their children would receive the appropriate educational materials to succeed, while abolishing the “coaching class racket;” that is what it is, if we are to call a spade a spade.

Teachers need to be evaluated on their performance, given feedback, and afforded the opportunity for professional development. High performing teachers need to be recognized with awards, and maybe bonus payments. The saying “teachers make all professions possible” should be honoured, and teachers given their due compensation for doing what is right for the students. Institutions should fire incompetent teachers, and reward the good and dedicated ones. Once we fix the school curricula so that these “routine” coaching classes are no longer required, we can then expand the offerings for individual students who are struggling and need one on one tutoring, as well as for the brighter gifted students who need to be challenged with courses beyond their class level.

Perhaps some of the country’s revenue that is being recovered from corrupt politicians and their cronies could be put to good use in the education sector, for grants to schools to improve teacher training, to upgrade facilities, build science laboratories, expanding library holdings, computer laboratories etc. The younger generation is our biggest asset — we should take their education seriously and focus on their multidimensional development. 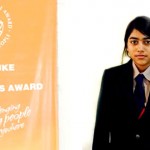